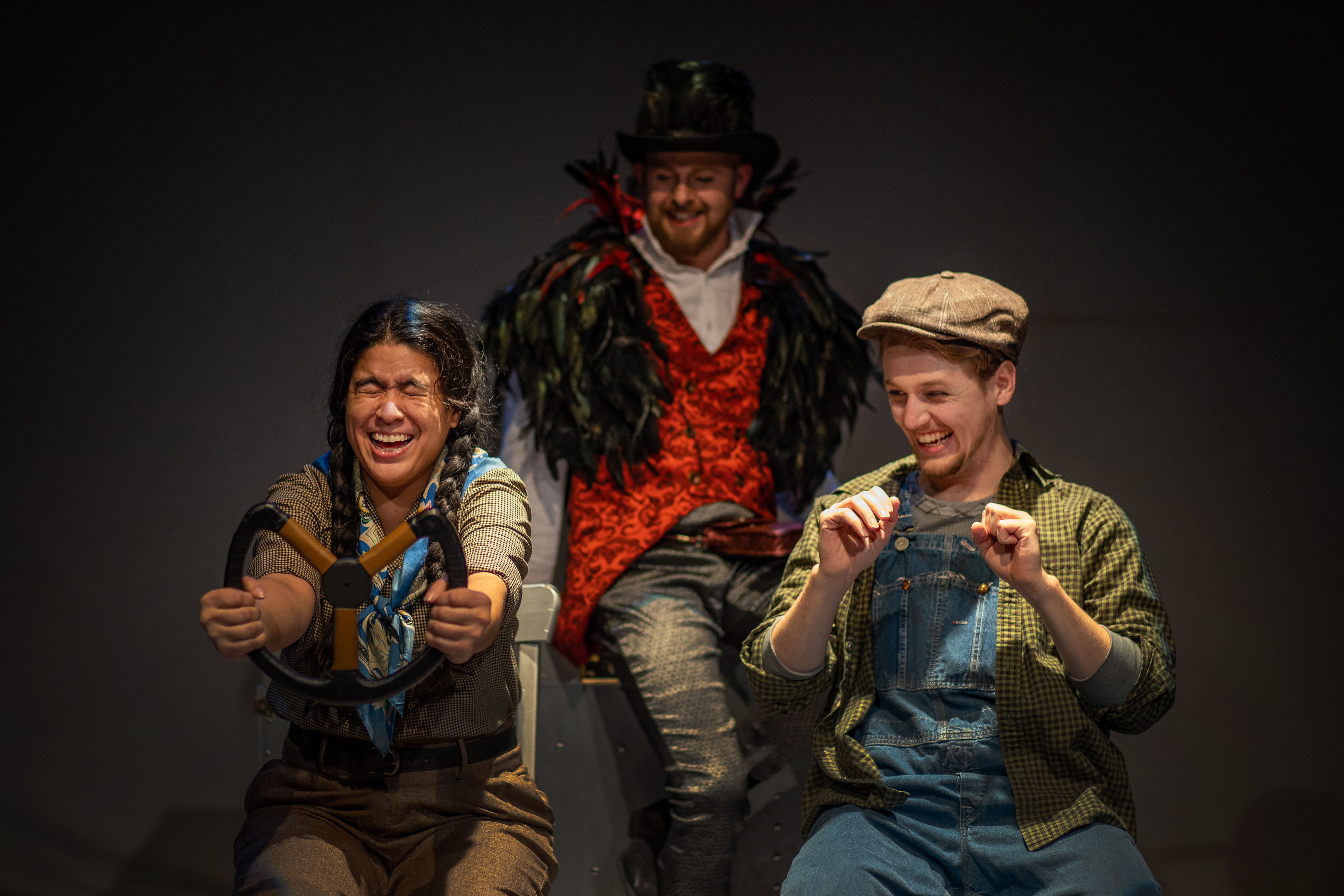 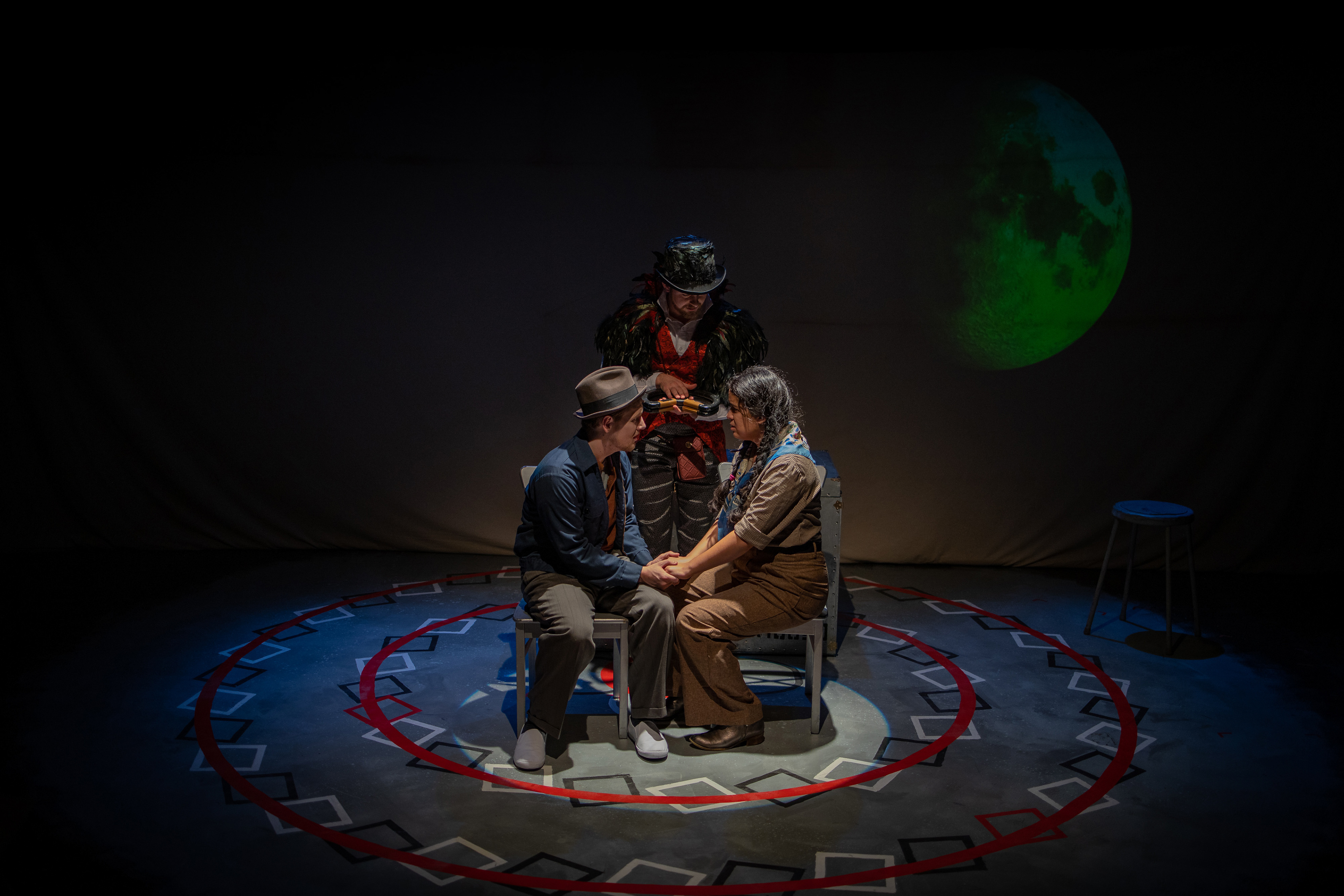 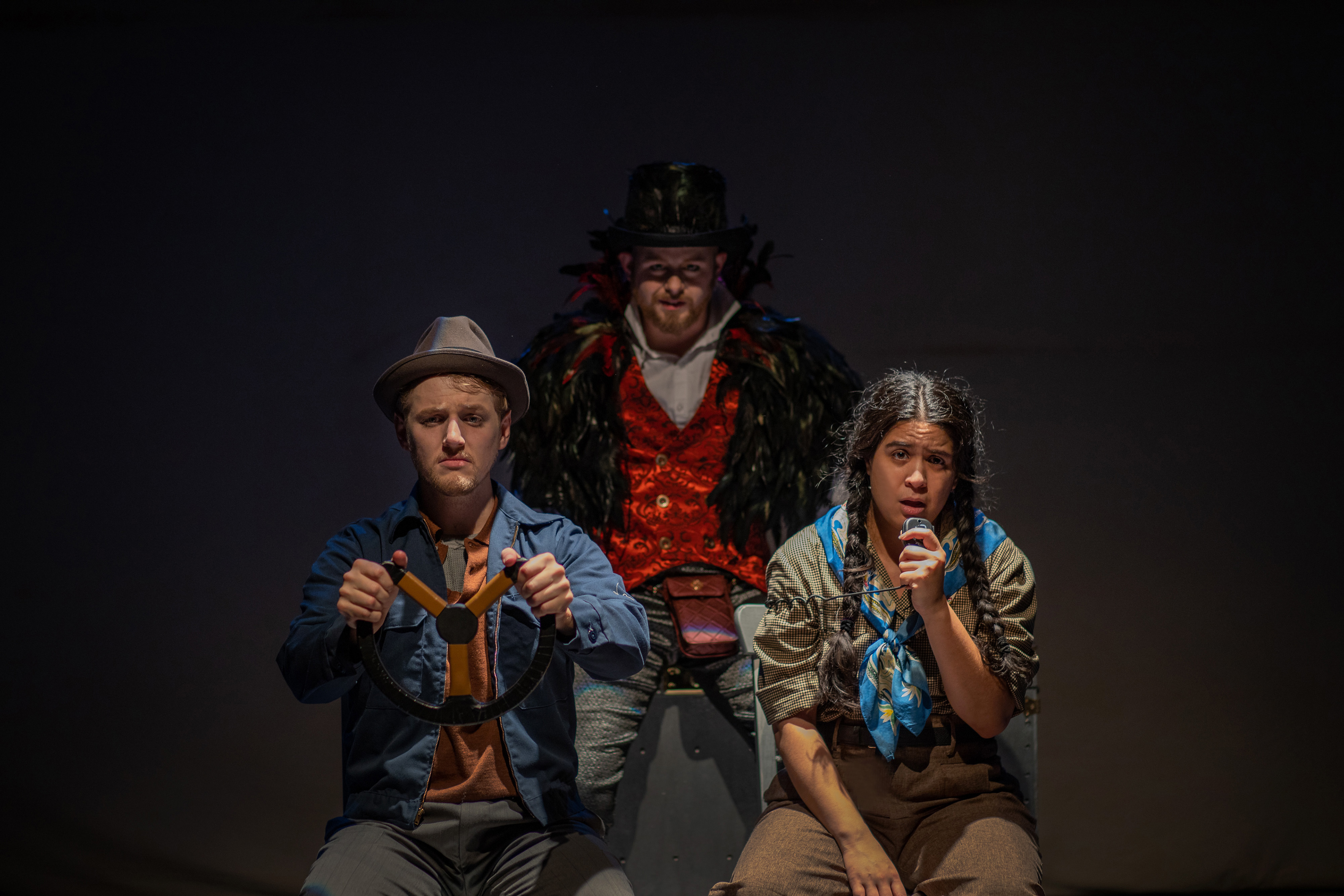 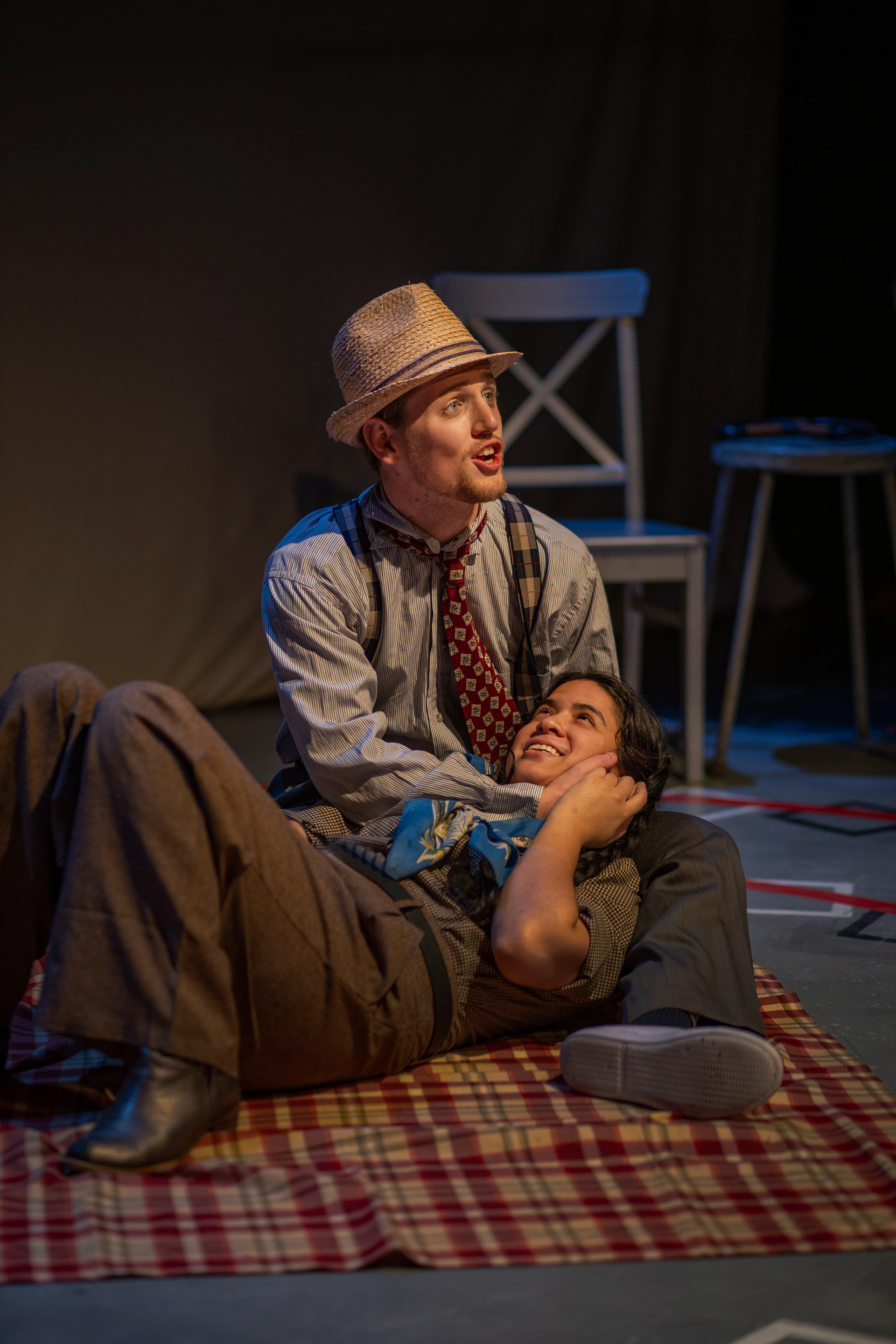 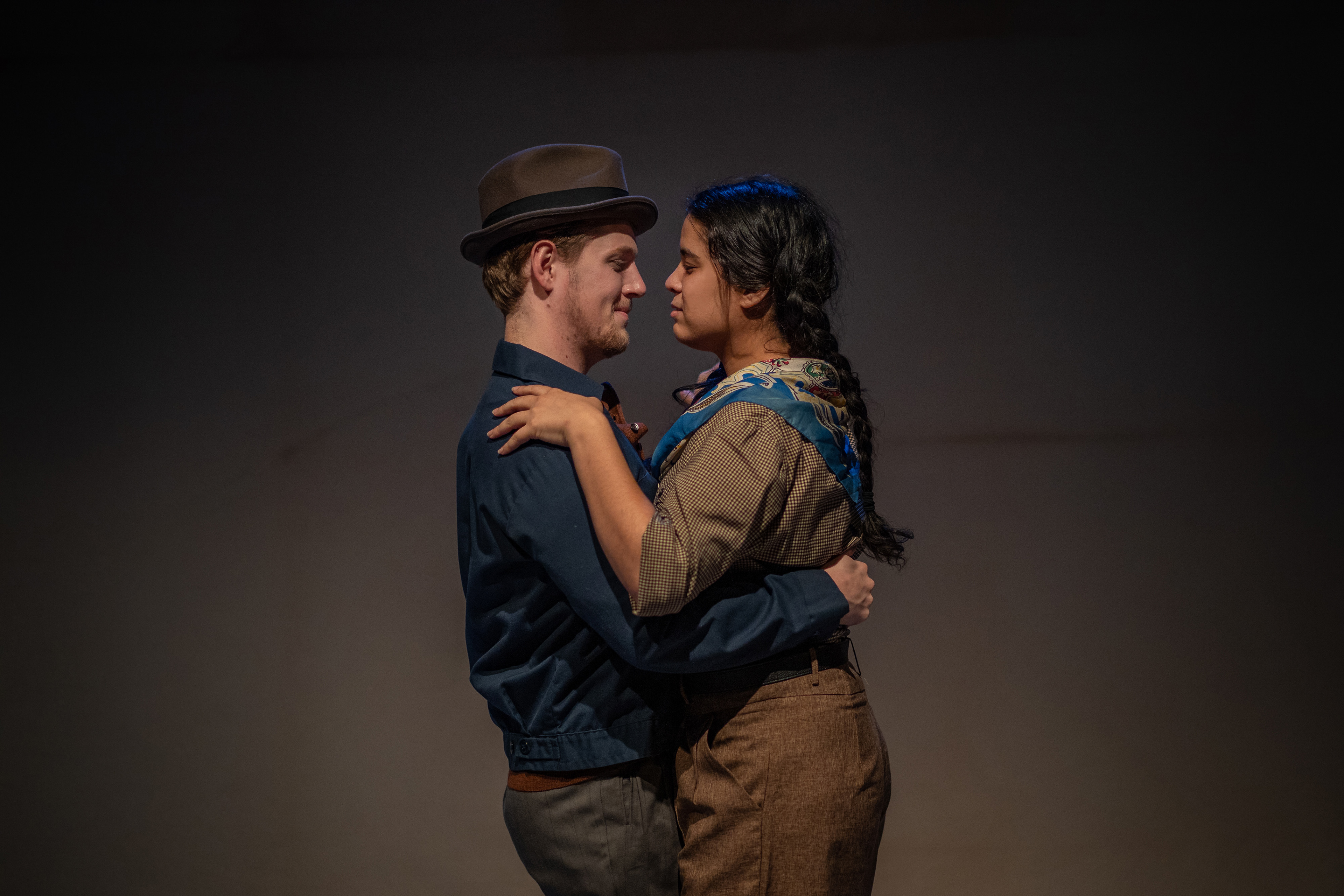 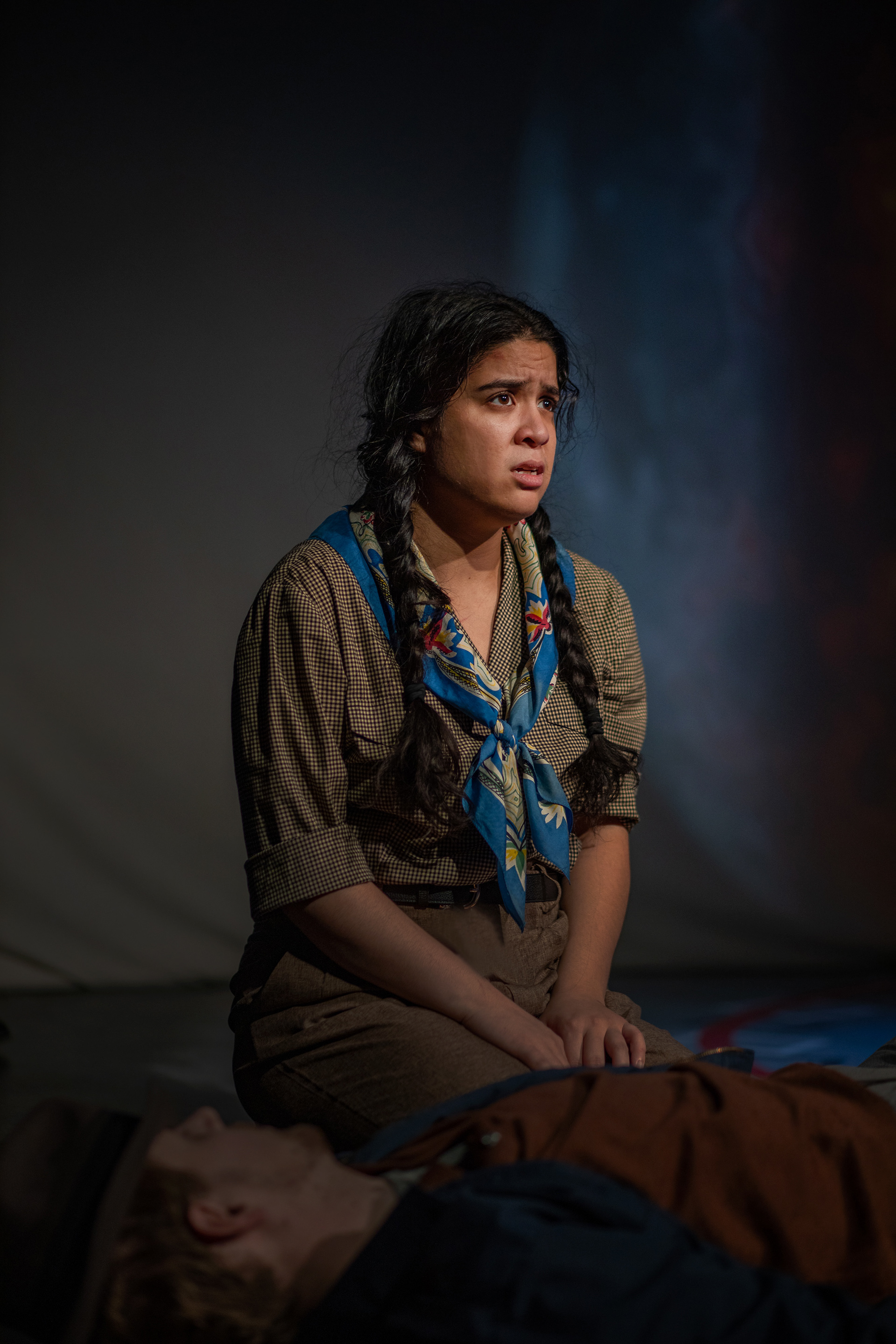 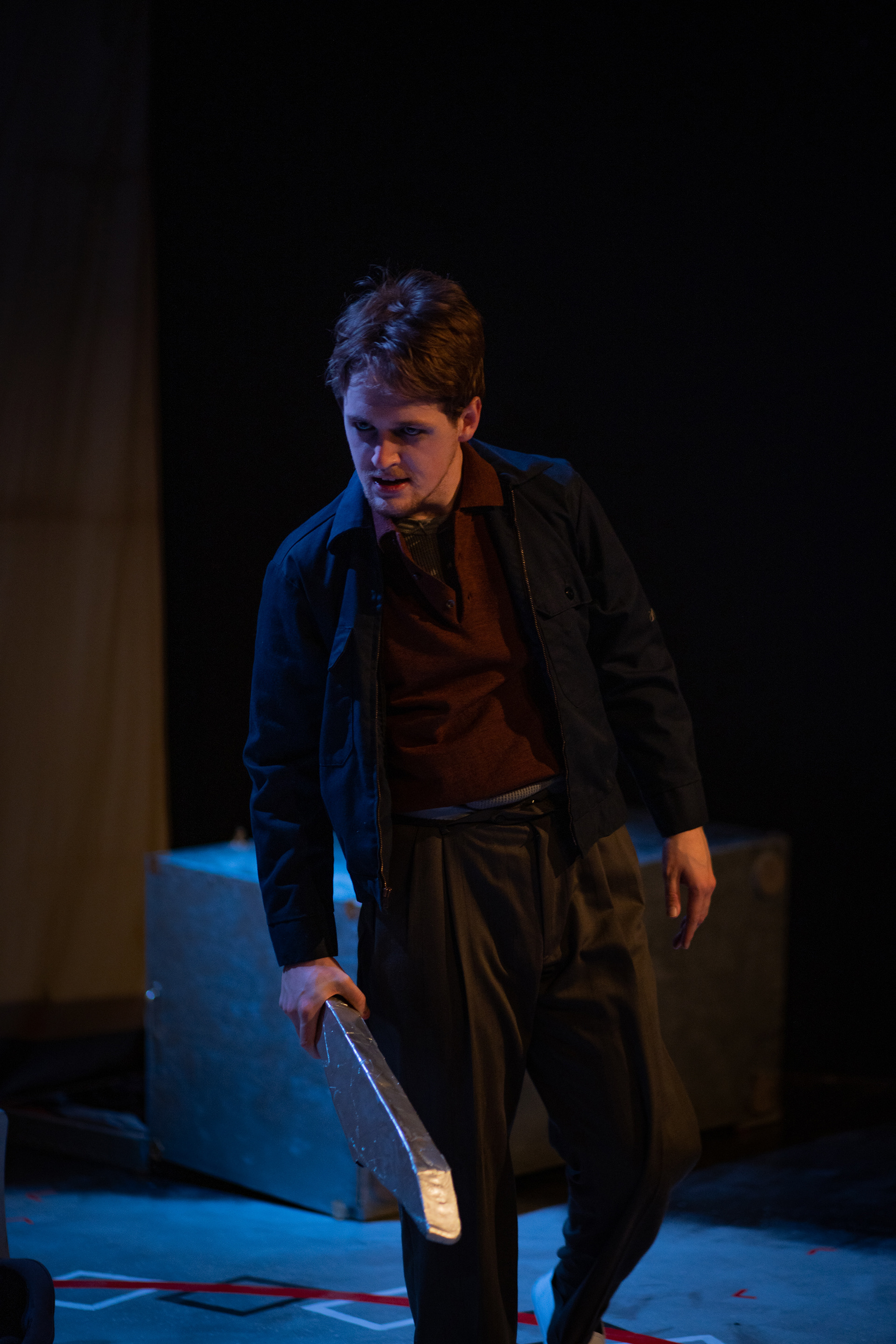 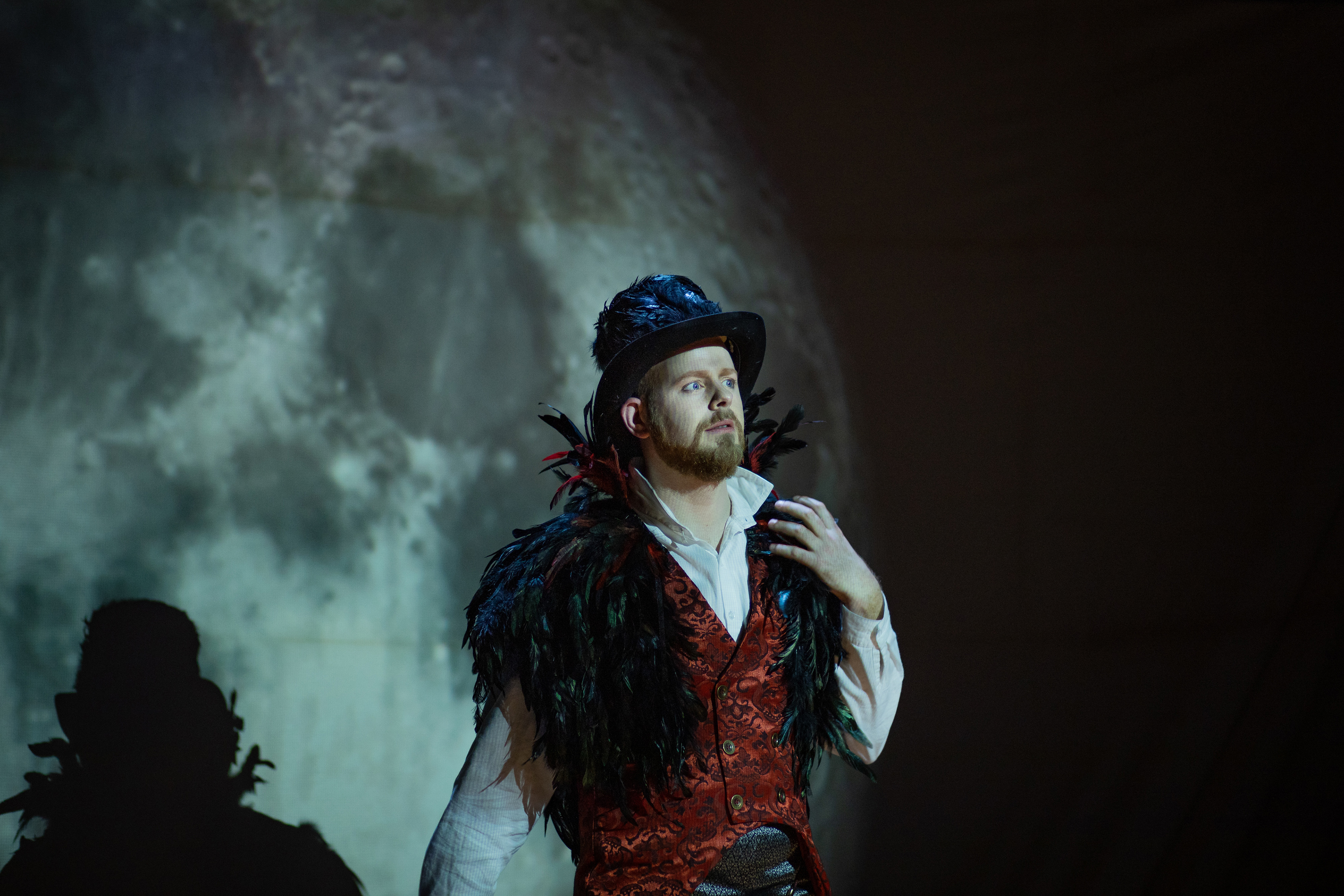 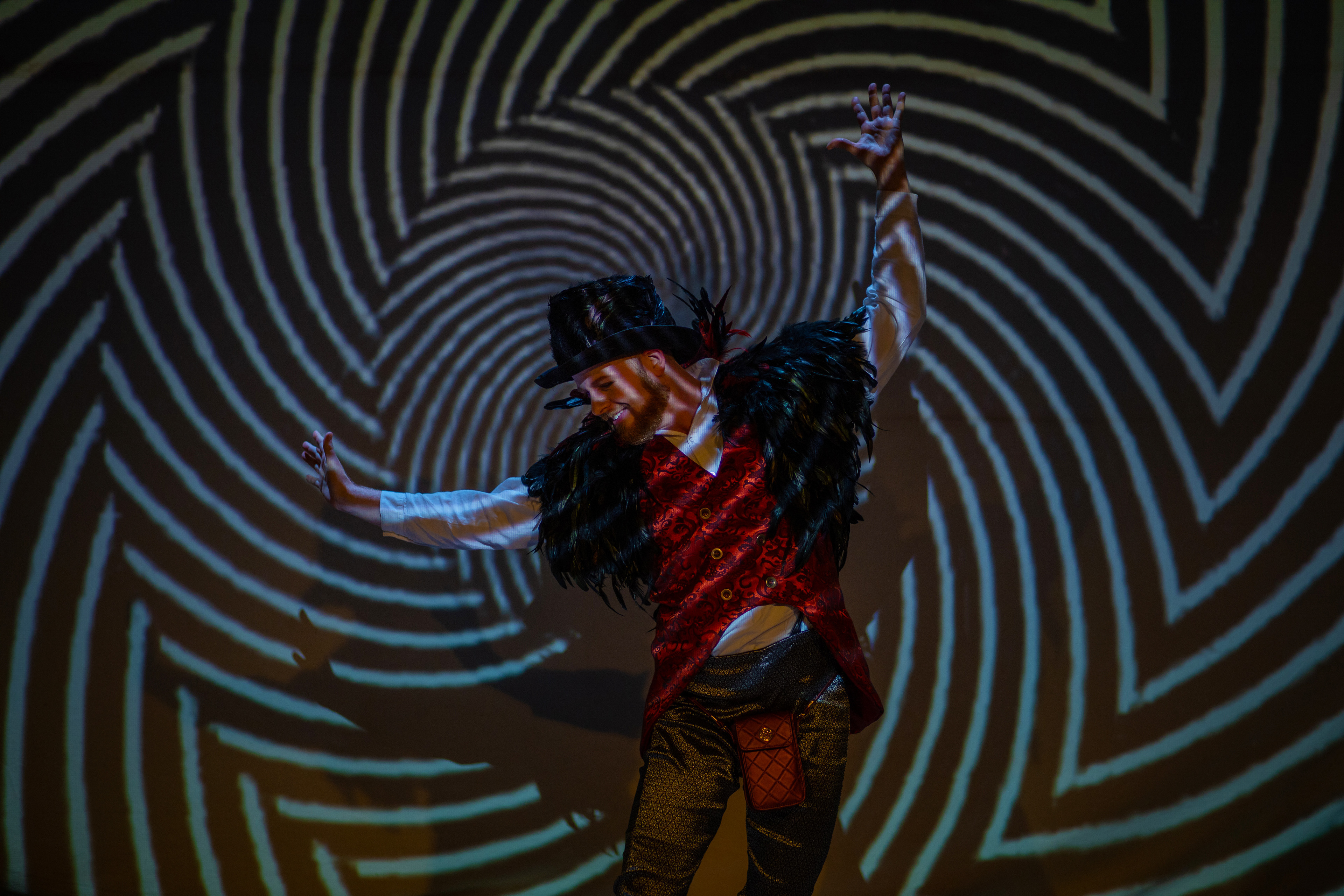 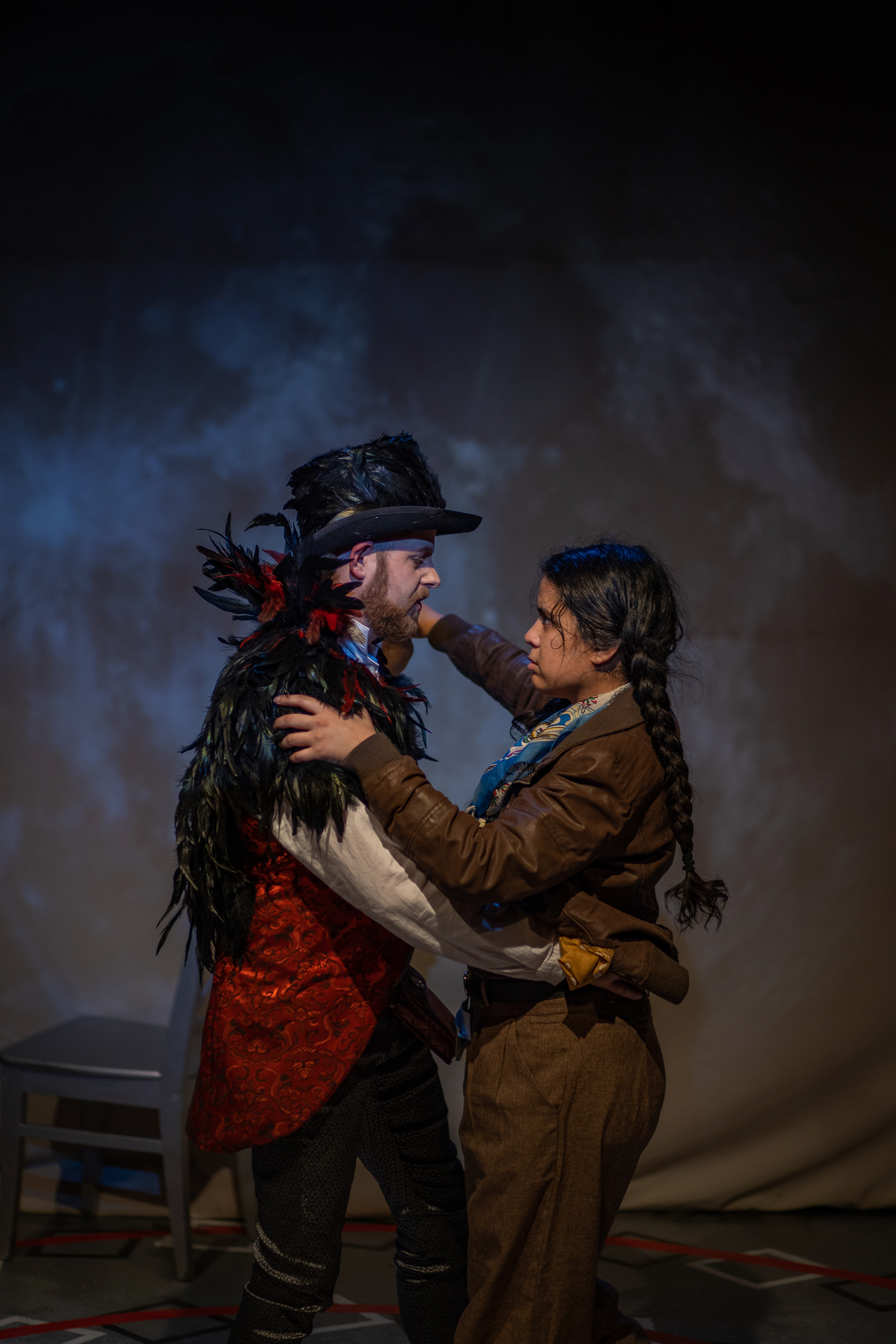 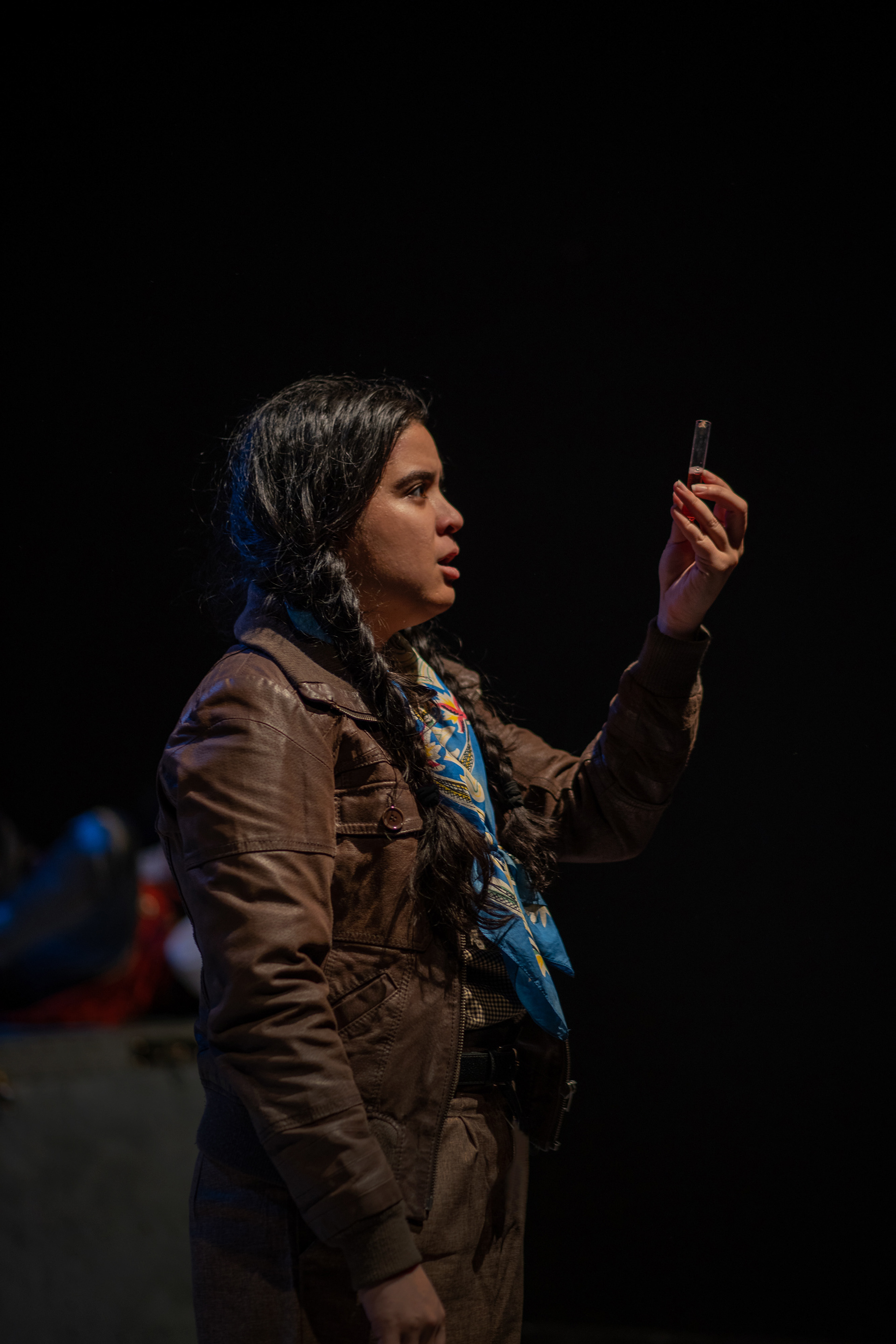 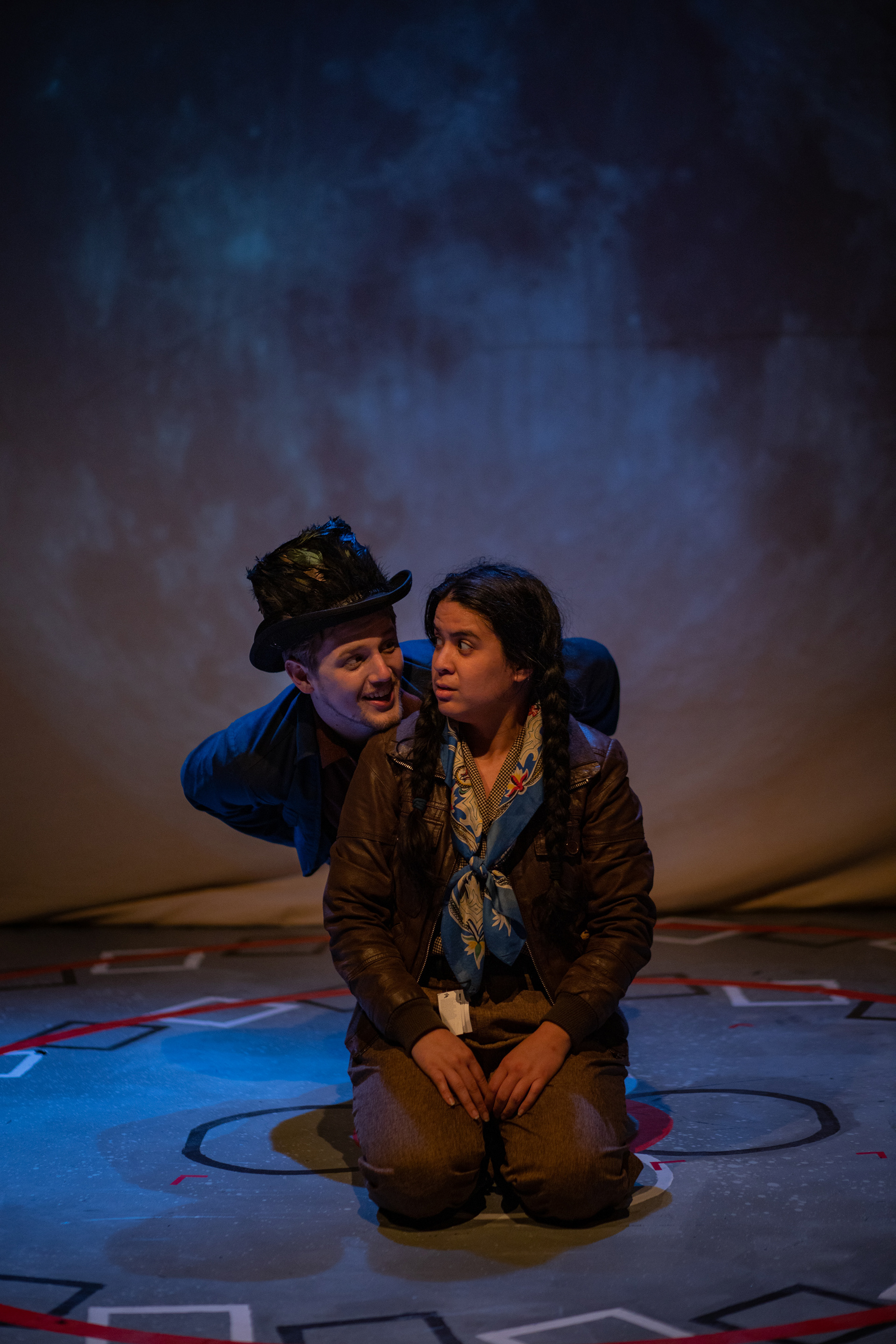 Here We Are (World Premiere)
By Jen Diamond, Directed by Sean McComas
Featuring David Brasington, Mani Yangilmau, and Griffin DeLisle
Amelia was the first female pilot to fly around the world. Now, she's dead. When she wakes up in the Underworld, she is forced by Death himself to confront the worst things about her time on Earth in order to forget them once and for all.
"Jen Diamond has crafted perhaps one of the best original scripts I have reviewed in Baltimore to date... [Sean] McComas led the production to the soaring success that it is. Here We Are is a rare theatrical triumph that succeeds on almost every level. A stellar cast and production team with a script that succeeds at making an epic story immensely personal, while also managing to make a personal story adventurous and epic, this is not a show to miss." —BITR Sisters
"The actors do incredible work, the production design elements are marvelous, yet for us, the star of this show is the script. Jen Diamond’s work on this piece is absolutely poetic. The play is abstract – sort of – but nowhere does Diamond’s language fly out of orbit. It just soars, full of lyrical cadence and poignant imagery." —MD Theatre Guide
November 8-17, 2019 at Fells Point Corner Theatre
—
Here We Are is sponsored in part by Free Fall Baltimore. Free Fall Baltimore is presented by BGE, and is a program of the Baltimore Office of Promotion & The Arts, an independent 501(c)3 non-profit organization. 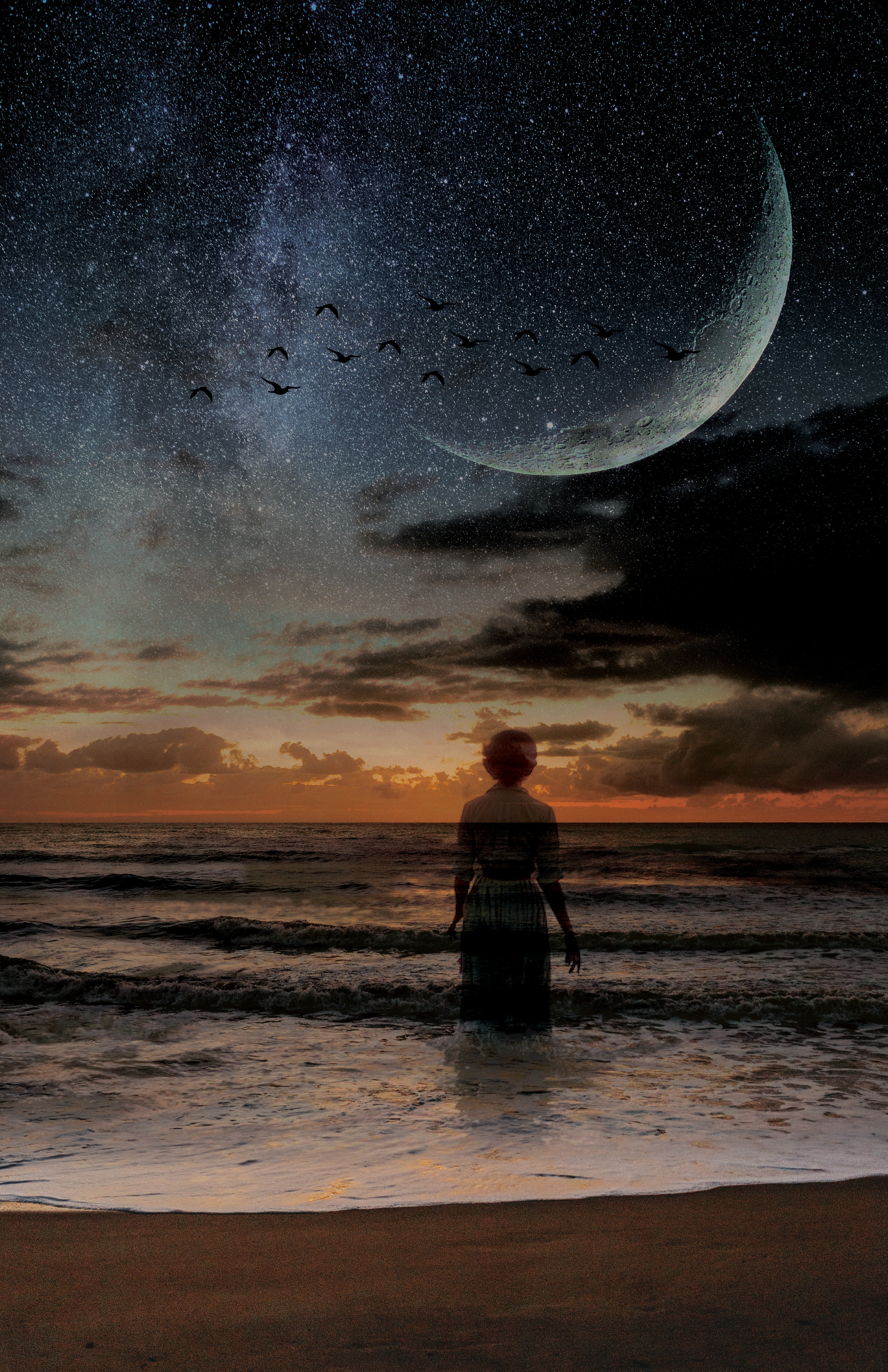 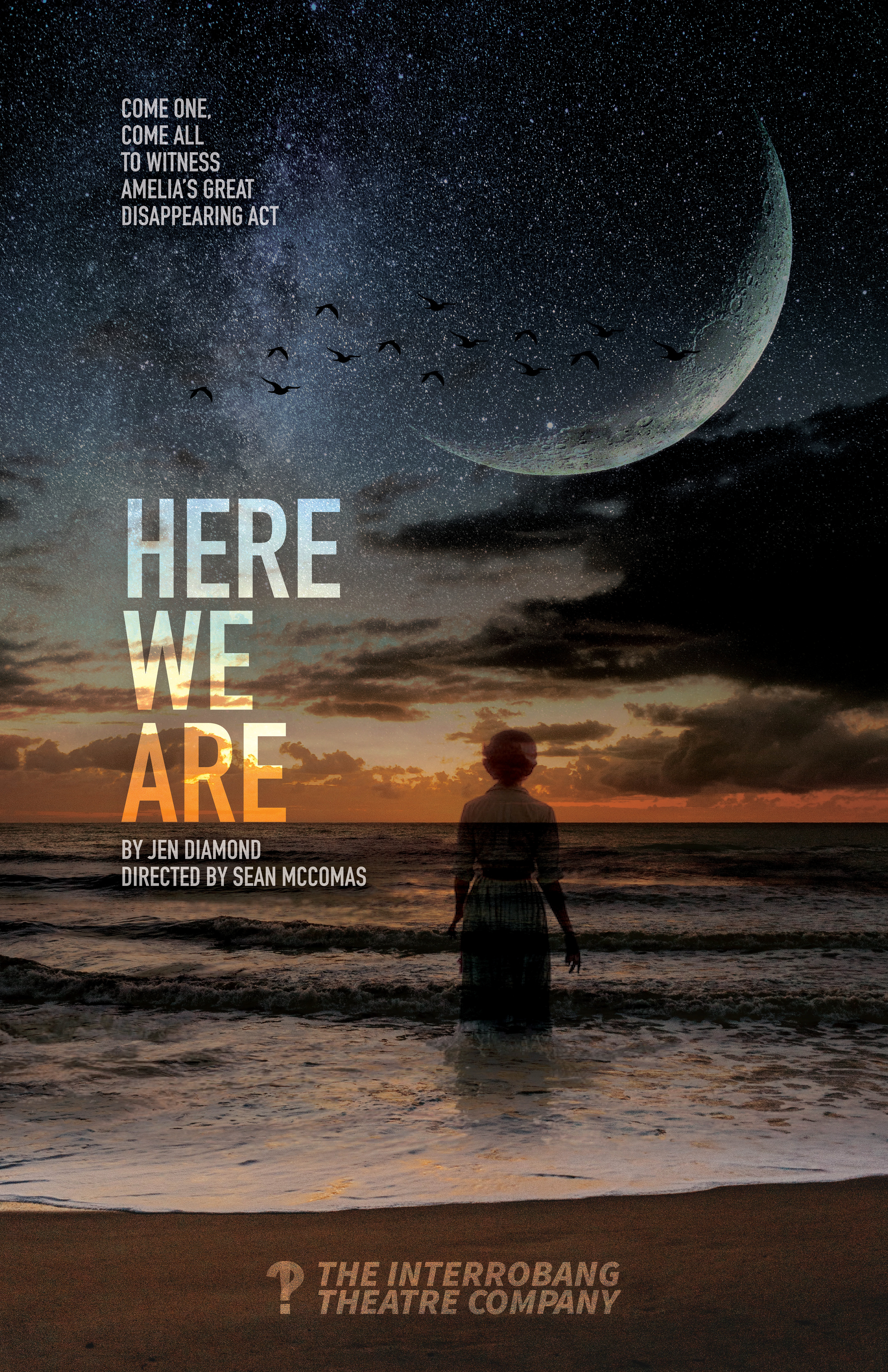 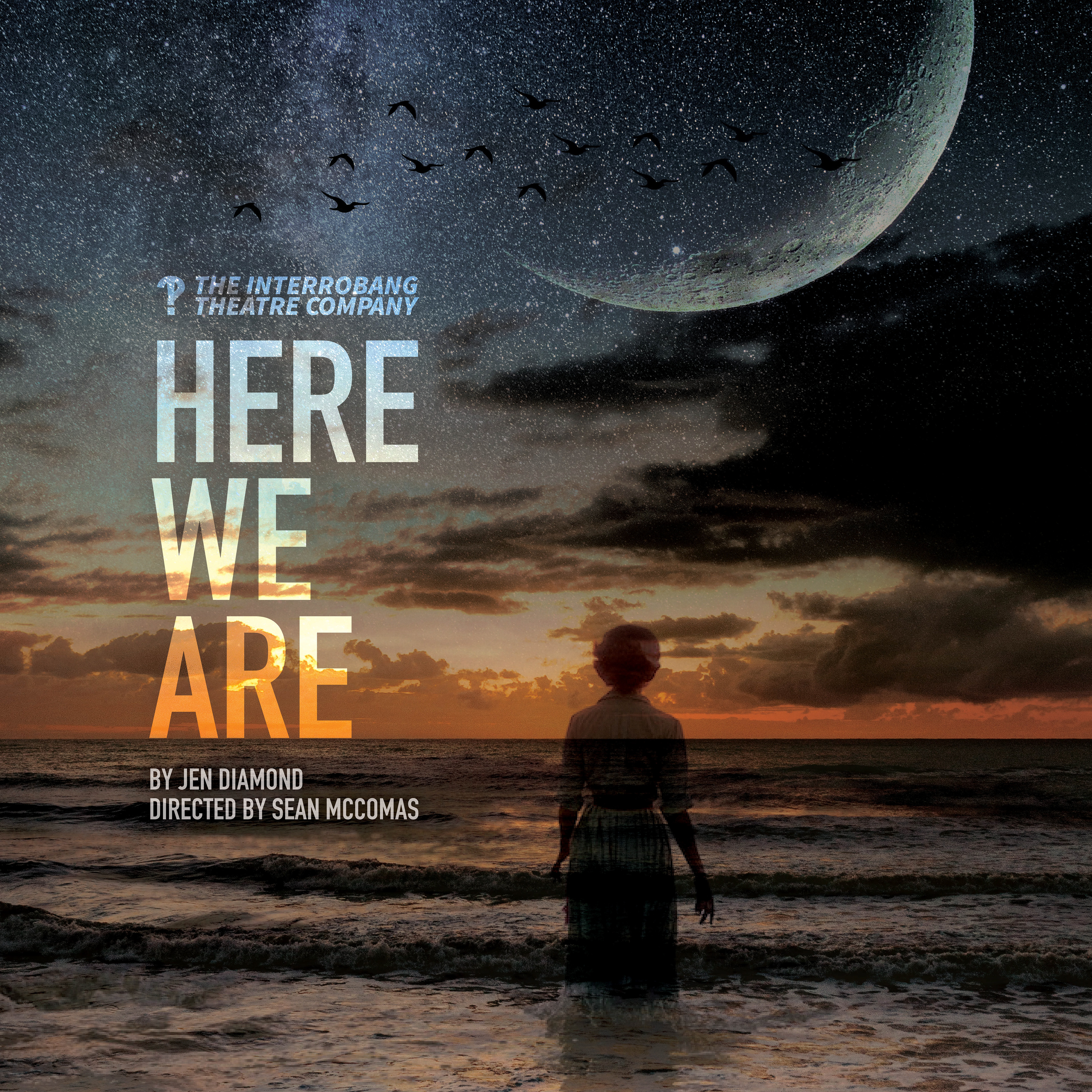 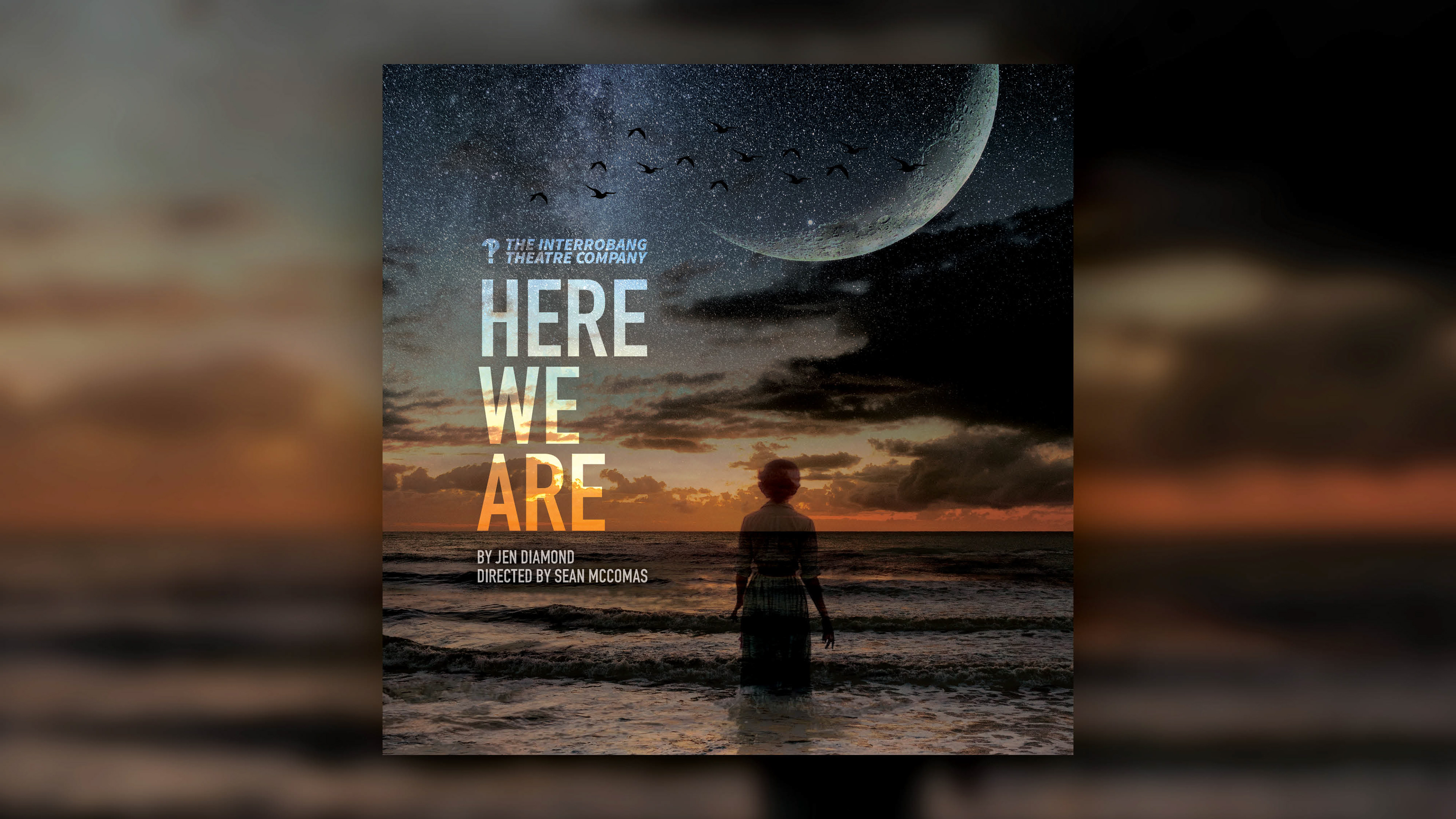 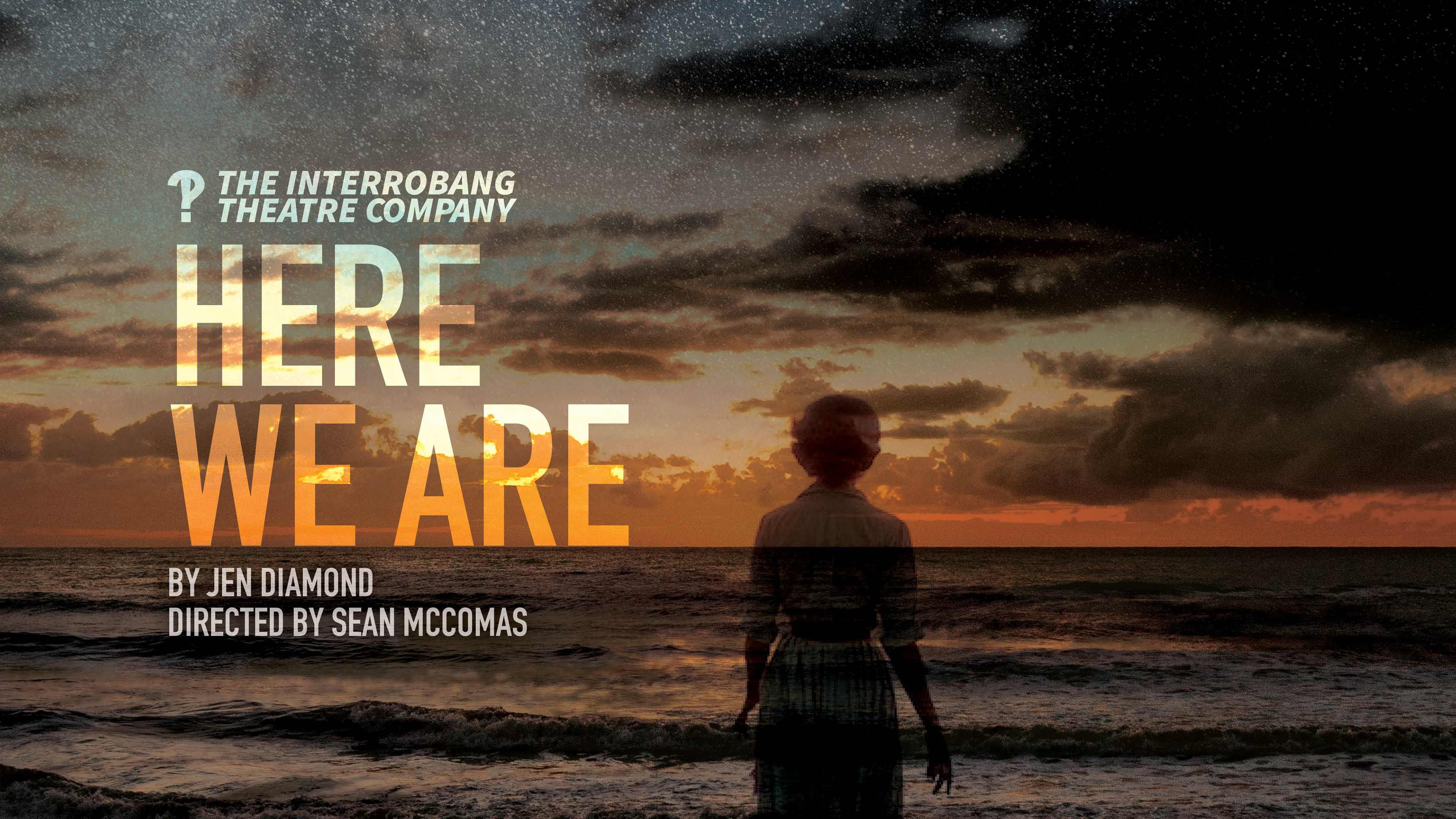 A Note From The Playwright, Jen Diamond
Hi Audience,
I want to tell you why I like weird stories. And one weird story in particular.
I always loved myths, urban legends, old wives’ tales, fairy tales, ghost stories, lore, strange stories passed down from great-great-grandparents – you get the picture. Myths ask the listener or reader to question what they think to be true. They mean strange things might be possible and the world as we know it might be completely wrong. I like peering into the questions these stories ask – dark and empty, like open mouths – and feeling like if I examine hard enough, some definitive answer will appear, hulking and animal. This fascination is why I began to write stories and later plays myself – it was a way to explore stories more deeply and ultimately create my own myths.
But in a lot of myths, especially the ones that feature women, the endings are kind of a let down. The women are usually playing the role of damsel in distress, the witch, or the unfortunate babysitter who gets slaughtered by the intruder. The endings are soaked with blood if the male protagonist doesn’t swoop in to save the day.
Perhaps this disappointment is why my favorite myth to hear and to tell – the one I’ve been turning over and over since I was six or seven-years-old – isn’t a myth at all. It’s the story of Amelia Earhart: a real person, a real pilot, who really disappeared.
While we know so much about her life through the press and her own writing, for decades we could not confirm what happened after she and her navigator Fred Noonan disappeared somewhere in the Pacific Ocean as they attempted to fly around the world. Nearly every other myth gives us a definitive ending (the man saves the woman, the witch eats the children, the intruder stabs the babysitter, blah blah blah) but the story of Amelia ends with a yawning question mark. And it kind of makes sense. Amelia defied expectations of her as a woman throughout her whole life – of course that tradition should continue past her death.
Honestly, I don’t really want to know the definitive answer to Amelia’s mysterious disappearance. If I knew the answers, there would be no more question. And if there is no more question, it probably means that Amelia faced the same fate as so many other women in mythology: tragedy.
But here’s the part where I tell you that, yes, this play is about Amelia Earhart, but also it is not about her at all. There are some facts in there, but mostly my own imaginings. It’s my love letter to her, but also my attempt to shine a light into the made up ideals surrounding womanhood and femininity that all women confront or embrace at some point. It is about living in a world in which men set the boundaries, and the moments in which you realize that those boundaries are a myth.
Thanks for watching,
Jen